I often go paddling with a core group of friends who are addicted, every one of them … to booty. Maybe it's the paddle tucked in the thicket behind the alder bush, the canoe pole among the driftwood on the shore ... or something much more valuable such as ... 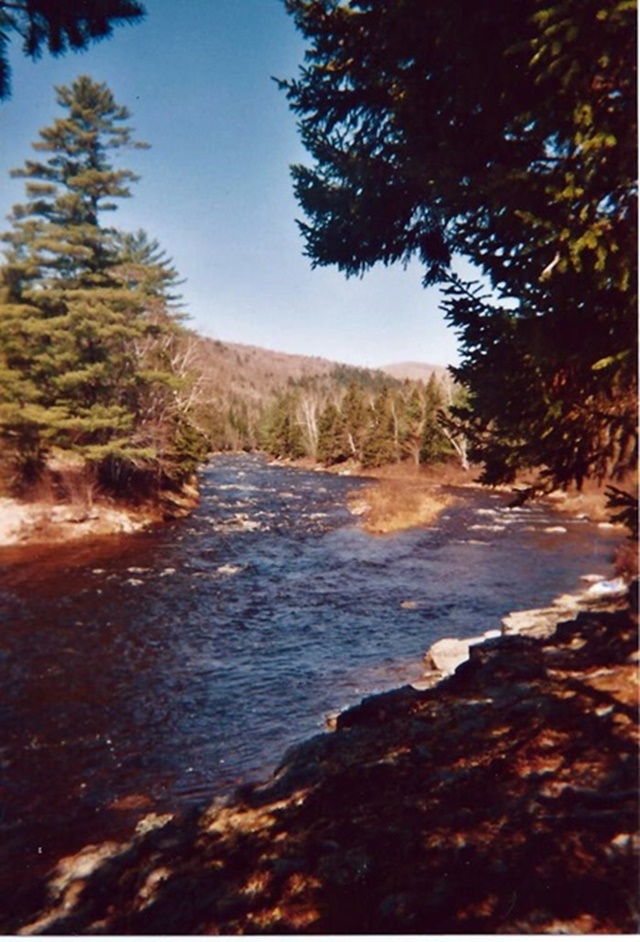 Well, whatever it might be, they seem to have a knack for sniffing it out and adding it to their pile. One of my friends has a store of paddles in the loft of his garage, all fished out of the weeds and bogans of the many rivers he's run.

Before we go any farther, let me re-assure you booty is in no way connected to theft. Booty -- the way I see it, anyway -- is found goods whose original owner will never be known. I would not paddle with a person who would claim for his own lost articles that could be returned to the rightful owner.

The only booty I've ever found on the riverbank or bobbing behind the rocks is the odd can of cold beverage here and there, likely slipped out of someone else's swamped boat. But I've got a little ways to go yet before I find as many beverages as I've lost.

Miramichi rocks are rounder than the sharp upturned rocks of many Maine rivers.

The most valuable booty I've seen so far was recovered not too long ago on a popular stream here in central New Brunswick. Another friend and I were on a father-and-son trip, and were taking it easy on the last day of our three-day run. We had seen at least twenty-five other boats over the course of our trip.

We pulled in to the last campsite before the takeout. It was deserted, but my friend thought he saw some smoke, and wanted to check it out.

Upon arrival, it was obvious the last group at the site had not chosen to leave the site the way you, I or anyone else would like to find it. They had left their campfire still burning strong, and with a dry wind freshening, it was obvious someone had to put it out before it spread to the forest. Beer cans and other garbage littered the site, and would have to be collected and packed out as well. 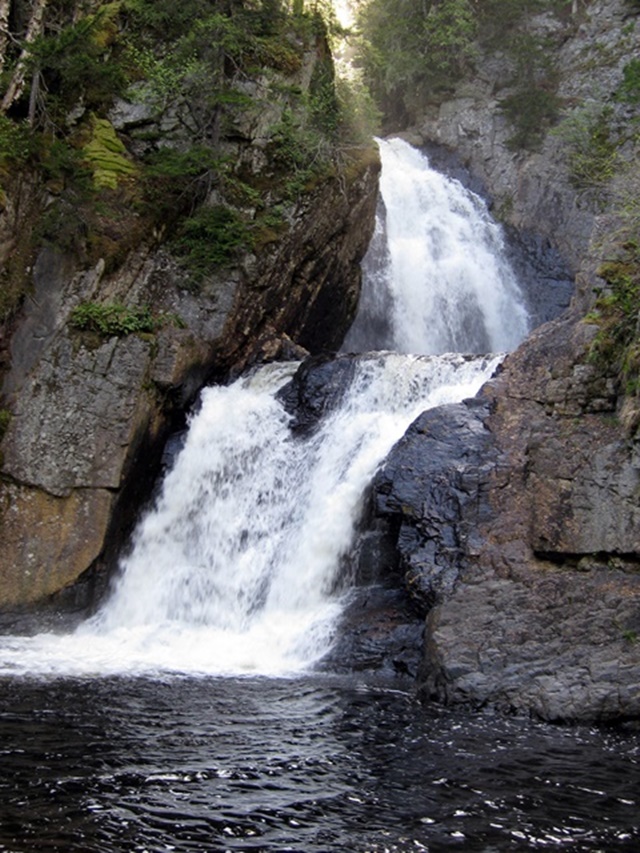 If you are keen enough to hike up Trout Brook and get your feet wet, you are rewarded with this double cascade.

My friend insisted he would clean it up on his own. He knew I was keen to hike up the side trail to glimpse the waterfall I knew was tucked away about twenty minutes upstream. I took our two adolescents with me, on a winding path that followed the stream along its banks.

It was on my friend's third or fourth trip with the water can from the river when he saw the booty on the shore. A gleaming brand-new gas stove, still wrapped in its original store-bought cardboard box. Sure, it's not like a gold ingot or a bag of diamonds, but if you or I had left it behind, we'd sure be kicking ourselves.

We weren't long debating what to do with it. Whoever left it behind would not be coming back this day or likely this same season. There were no roads or trails in to the site, and the current was too strong for anyone to paddle or pole back up the river. It was irretrievably lost to its previous owner, as there was no name or phone number to trace it back. To leave it there for someone else solved nothing. 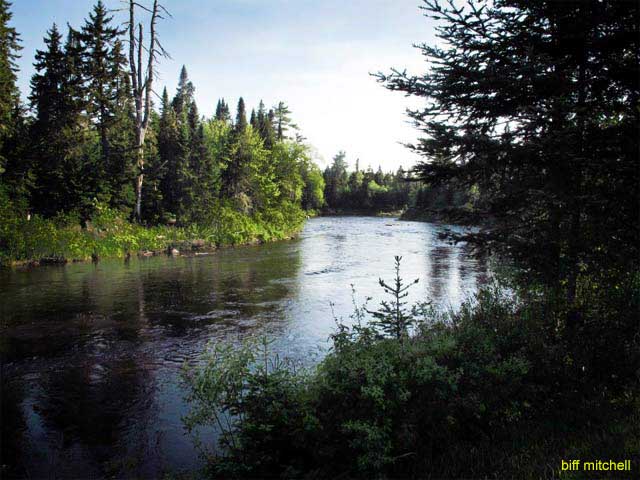 Looking downriver from Half Moon

My friend proudly added it to his pile of booty.

I know my friend, he's an honest man. If there had been a name marked on the stove, he would have ensured it was returned to the rightful owner. There is a bond of honor and kinship that links all river runners, and he is bound by this bond as tightly as you and I.

I'm sure he will remember this day of booty with fond memories and wistful smiles, each time he lights up his stove and wonders who left it behind on the river bank that day.

If there's anything I've learned from this and similar booty stories, it's this: Whenever it's time to push off from the campsite and start on downstream in the morning, I always take one last careful stroll around the site. I don't want my hard-earned gear ending up as booty on someone else's treasure heap. Besides, I might just find some choice booty this way myself some day.

Falls Brook Falls. I wish I knew what the Maliseet called it.

By the way, if it was your stove, my condolences. Seriously.

Well, the joke was on us. We took the stove out this spring and went to light it and the whole thing went up in flames. After dousing the inferno, we checked it, and there was a broken gasket in the fuel line where it fed the first burner. All our frigging and fidgeting was no use, it was roont, as they say. We stomped it out of shape and buried it back in the woods. So someone got their jollies at our expense after all. We'll get you back for this, I swear.

Chuck Everett tells us tales of the reach of the Nashwaak from Nashwaak Lake to Gorby Gulch and Narrows Mountain.