Don't read past this paragraph if you're squeamish about certain bodily functions!

Well, all right, but I did warn you. 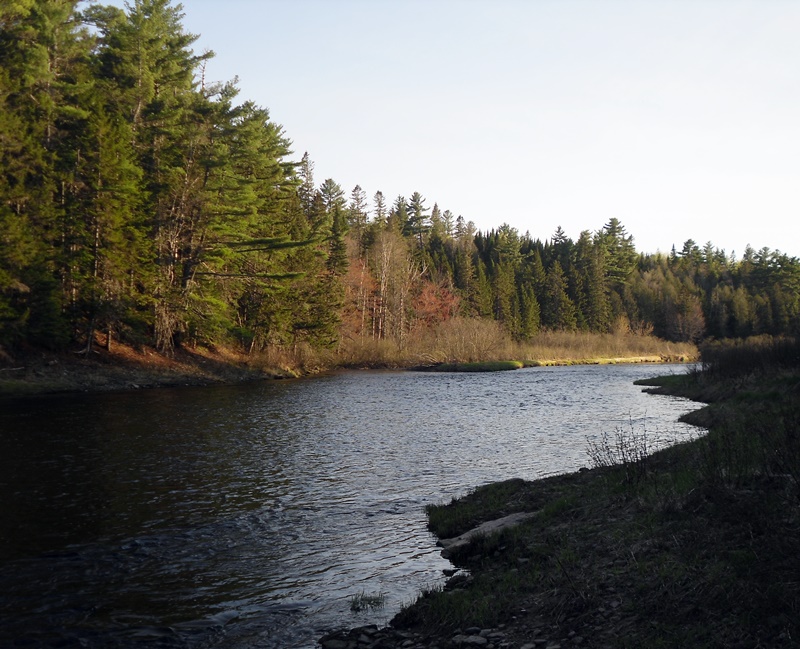 The Cains is another New Brunswick river justly famous for its fantastic fishery ... that is of course, historically. Back in the days when there were still fish in New Brunswick's rivers, flotillas of anglers floated down the lower stretch from the Highway 123 bridge below Doaktown every spring and early summer. They tried their luck for salmon and trout in the hundreds of pools down to the mouth of the placid Cains near Blackville ... and some diehards still do.

I was fortunate to take part in one of these trips in early June not too long ago, or so it seems. Eight young men in four long boats full of beverages and steaks on ice launched under the Cains River bridge, ostensibly to tease the early sea trout run that was supposed to be on. My boating partner was Meathead, and it was my turn to sit in the back the first day ... a fortunate configuration for me, as it turned out later.

Well, the fishing was only so-so ... I caught a few salmon parr that I threw back, the sea trout had already performed their typical vanishing act and headed for the alder thickets upstream. Soon enough, the true motive for the outing became apparent ... to swill cold beer like there was no tomorrow.

We pulled in for the night at the hamlet of Shinnickburn, a cluster of rustic hunting and fishing camps nestled in a clearing on the river's edge. Meathead promptly pulled his industrial-sized pot from his pack, and fetched his chili mix from the cooler. It was soon evident that there would not be enough to go around, so each of us contributed a little something special to the brew ... some beans here, a few wieners there, sausages, and my favourite, mystery meat. 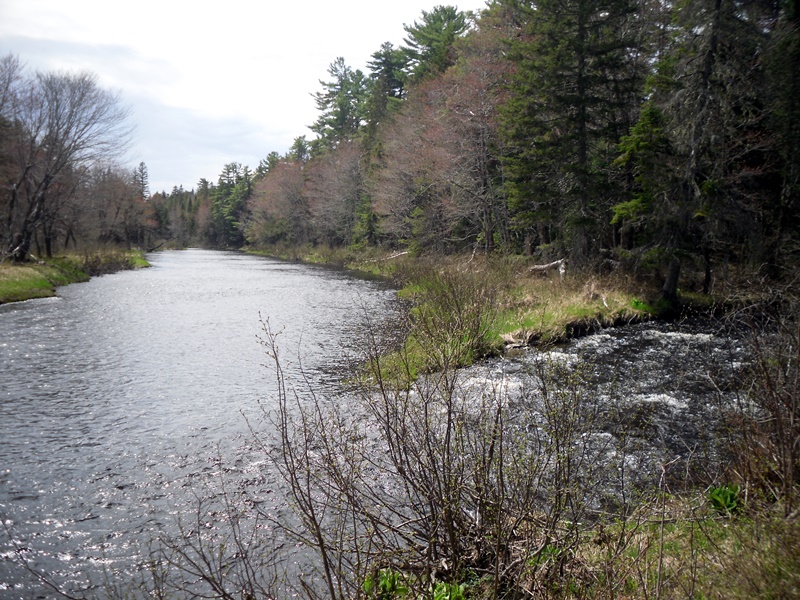 We were quite content after downing the whole batch ... a full belly, a peaceful trout pool in a quiet forgotten corner in springtime, and several coolers of Moosehead's best to wash down our repast. After the fire died down, all the lies were told, and almost all the beer polished off, we waddled off to our tents, fully sated and thoroughly sedated.

The morning dawned a little rough for most of us. I recall feeling like the Polish army had tromped through my mouth with dirty hobnailed boots. As we set off on the Cains ... long quiet pools calm in the still air of a warm spring morning ... the Cains River chili exacted its raunchy revenge. 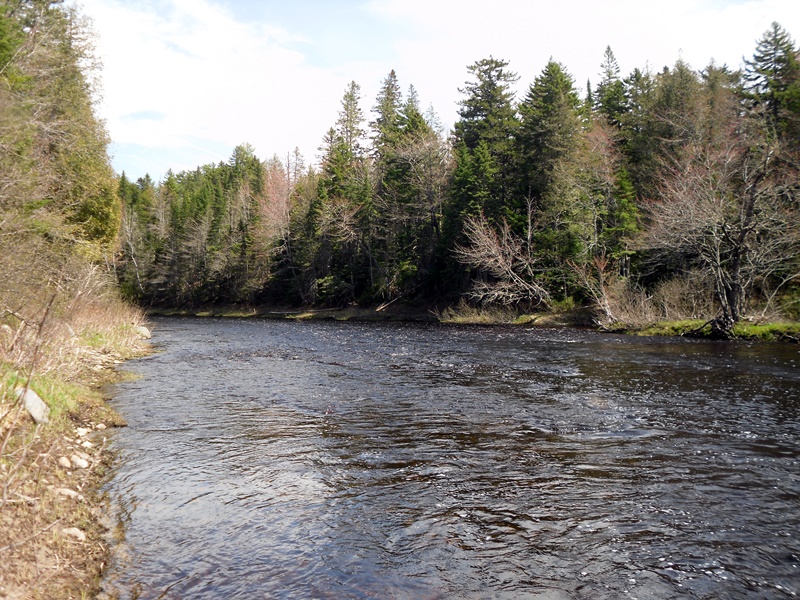 The current is calm and steady on the Cains.

Several of the young men seated in the stern remarked rather vociferously that they were being made to bear the brunt of last night's debauchery ... not only were they tired and hung-over, they were being asphyxiated as well, over and over again.

I won't confess to any flagrant (fragrant?) deeds myself ... but I will say that I was glad I was sitting in the bow seat that day. And yes, I've taken chili on many a river trip since then, partly to help keep the fond memories of my departed friend Meathead alive. Besides, it's always nice to have a warm bowl of chili at the campfire ... something's gotta be done to keep those bugs away, after all.